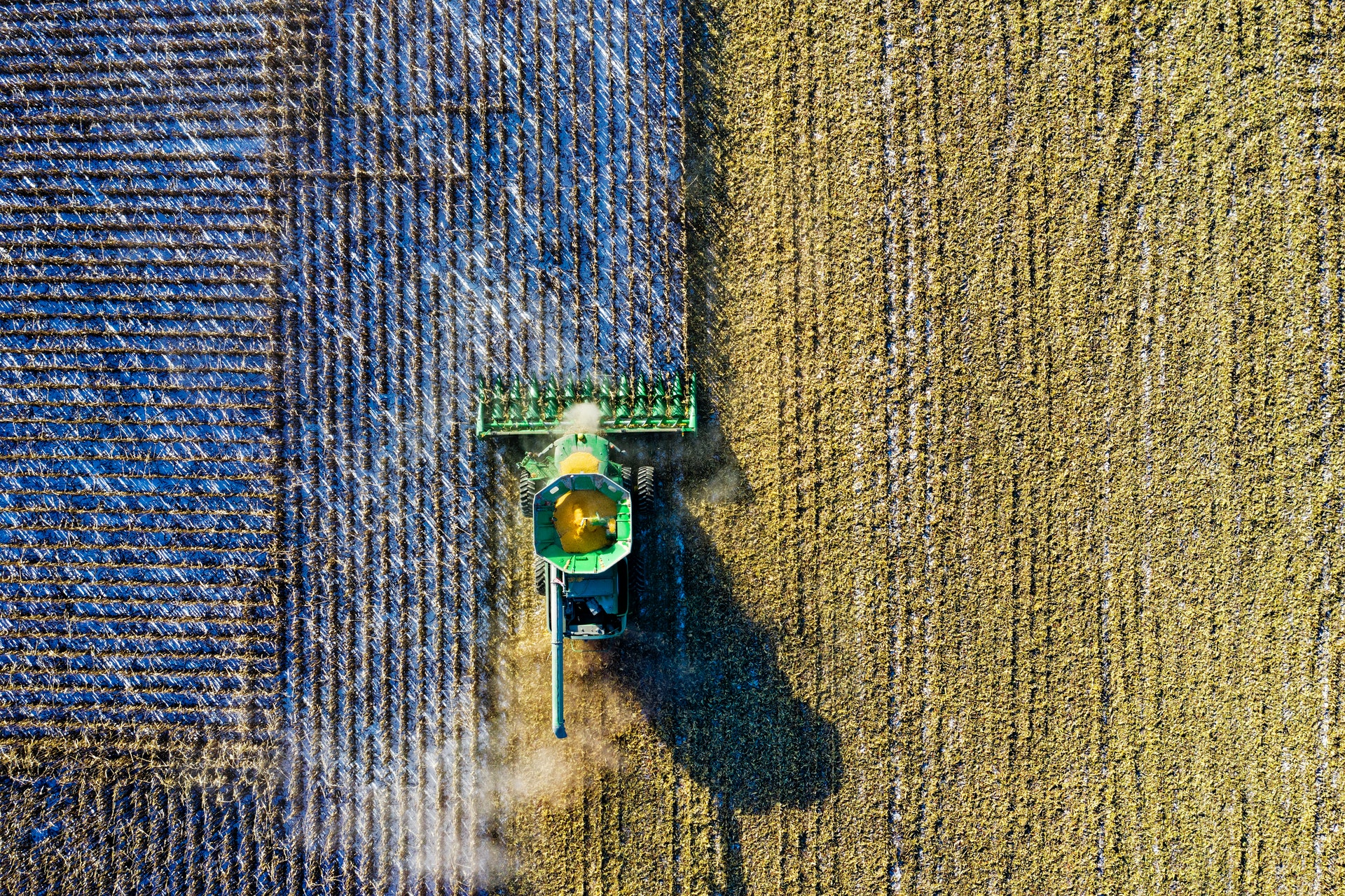 Technology has transformed many of the industries around us and we are now seeing momentum build for the development and commercialisation of agricultural technologies. One of the least digitised sectors globally, agriculture is now attracting new perspectives and capital, as well as emerging technologies.

This digital transformation has become essential for multiple reasons, the principal one being the UN Food and Agriculture Organisation’s (FAO) estimate that farmers will have to produce 70% more food by 2050 to meet the needs of the world's enlarged population.

We believe that blockchain technology, in particular, could benefit several areas of agriculture operations by streamlining and enhancing processes, leaving the sector better equipped to meet the demands of today and tomorrow.

Similar to other industries, agricultural supply chains have become increasingly longer and more complex due to globalisation and competition, involving actors and stakeholders that are scattered across the globe.

Consumers find value in tracing their food’s provenance: as a result, there is increased demand for, and scrutiny on, information about foodstuffs’ origin and journey. It is in the retailers and suppliers’ best interests to supply that information; however, the industry still struggles to provide the necessary traceability across their supply chains.

Blockchain technology would provide the agriculture sector with a safe environment for data access and collection, creating a network where the information available is reliable, trustworthy, immutable and shared among all stakeholders. Blockchain enables the recording of every step in the agricultural product’s value chain, from seed to sale, thereby facilitating traceability and hopefully improving food quality and safety as a result of increased transparency.

The benefits of blockchain for supply chains have been recognised by The World Wildlife Foundation (WWF), which in 2018 announced the launch of the Blockchain Supply Chain Traceability Project, an initiative aiming to eliminate illegal tuna fishing and facilitate traceability by enabling fishermen to register their catch on the blockchain network through RFID e-tagging and scanning of fish.

Another challenge faced by the agricultural industry is ensuring food safety. The lack of transparency across the supply chains can lead to costly mistakes that can have considerable consequences, which are potentially more harmful than in other industries due to the potential health risks associated with poor food quality.

Clouded visibility in the supply chain also exposes the industry to the risk of food fraud, which, according to the FAO “costs the agriculture industry $10bn+ a year, affecting up to 10% of the world’s food supply”.

Another considerable concern is how to avoid food waste. The FAO states that “on average, 33% of food produced is wasted, with an average of 75% of waste occurring during production, transport, and storage.”

The data presented in the blockchain network would be highly valuable in solving food waste and fraud concerns: traceability and transparency both enable quick identification of errors, fraud or malfunctions, linking them back to their specific sources across the supply chain to ultimately improve food quality and safety. Moreover, recording every step in the agricultural product’s value chain could facilitate the estimation of required levels of stock, which could help solve food waste concerns.

Walmart and Kroger were among the first retailers to implement blockchain within their supply chains (CB Insights 2017), using it to efficiently track packages of mangoes throughout their supply network. Their study demonstrated that, while it took 6.5 days to identify the origin and path of the fruit using traditional methods, blockchain enabled this information in just a few seconds (Wass 2017).

Smart contracts in the blockchain support peer-to-peer transactions in a transparent and secure environment: members of the blockchain can then, by mutual agreement, “set up” permissions and obligations around specific transactions, removing the need for middlemen or other type of intermediaries.

Agriculture is among the sectors most susceptible to environmental threats, since the impact of climate change and weather extremes has considerable implications for food production, quality and security. As a result, governments have tried to support farmers and others in the industry through agricultural subsidies, but these are complex, opaque, and difficult to manage.

An agricultural insurance system could be built on blockchain where key weather incidents and related payouts are drafted on smart contracts that are linked to mobile wallets. The weather data could be provided regularly by sensors in the field and correlated by data from nearby weather stations, and in the case of a drought or flooding in the field, immediate pay-outs would be made to farmers.

One example is the start-up Arbol Inc., which developed a weather derivatives software platform based on blockchain technology, where customised agreements are created so farmers can receive payments for droughts, floods or other adverse weather conditions that negatively affect their crops (ArbolMarket 2019).

The increasing development and implementation of new technologies has resulted in the emergence of “smart farming”, which requires systems that simplify and promote data management. Blockchain technology can provide a strong foundation for this: remote sensing tools, satellite imagery, radar sensors and IoT sensors could gather important data like the temperature of soil, water levels and use of fertilisers, and send it to the blockchain. Based on the data received, specific actions could be triggered and executed in time-sensitive situations using smart contracts. With more data, companies could predict shortages or over-production more accurately, thereby enhancing the overall quality of the farming process.