Blockchain explained: an insight into the different blockchain applications 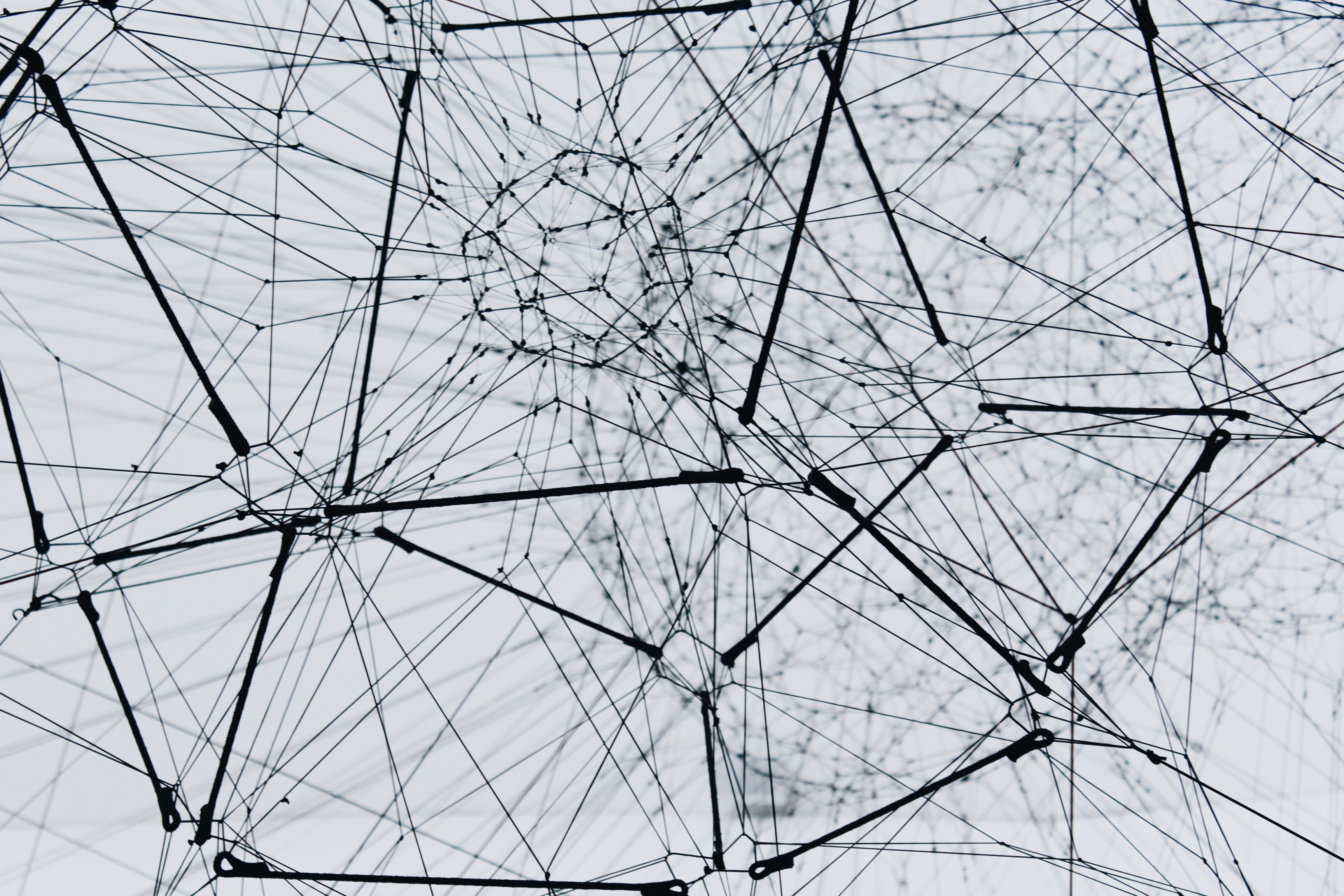 It is important to say that, while blockchains are considered as a specific type of DLT, the sector has generally grown to use both terms interchangeably.

Choosing the right blockchain solution is a critical step of the blockchain integration process, as it could prove to be a costly and inefficient mistake. To ensure that the organisation is unlocking the true benefits of the technology, the decision of opting for one blockchain technology or the other should be based on the enterprise’s need and the purpose behind its implementation.

In this article of blockchain explained, we will discuss the four main blockchain technologies that have been adopted by organisations of all sizes across the globe, as well as their characteristics and their use cases to date, to help you better understand and identify the right blockchain solution for your organisation.

Given the specificities of the enterprise environment, the players involved and the type of the information shared, this article will be focused on how these blockchain solutions can be built and implemented by organisations in private or hybrid cloud environments. While current distributed ledgers have been developed as public or private networks in nature, adopting a hybrid ledger can ensure adaptability and minimise complexities related to the technology, as well as support consortium and compliance between members of the network.

This blockchain technology pioneered the development and deployment of smart contracts, which allow members in the network with the necessary authority to build custom protocols or set of rules around specific transactions. With the use of smart contracts, organisations are able to digitally regulate actions and execute tasks when the agreed conditions are met. Ethereum’s features makes it the ideal solution for decentralised process automation.

Ethereum was originally created as a permissionless and public blockchain solution: the applications developed on its platform, as well as the information available, are accessible by all, without the presence of a single entity having control over it. However, as an open source technology, Ethereum can be built in an organisation as a permissioned network if required, to ensure that data regarding transactions and other sensible information is undisclosed, while still providing organisations with the ability to ensure with security, reliability, and the many other benefits of blockchain.

Being a decentralised blockchain platform also implies that the network relies on peer-to-peer consensus: relations and transactions in the platform need to be verified and accepted by all members, regardless of the nature of their participation.

Ethereum’s capabilities and features make it particularly attractive for the financial and insurance sectors and have seen a more generalised adoption than other ledger technologies, most notably in the business to consumer sector.

The oil and gas giant, Repsol, is a successful example of Ethereum’s use case: With Finboot’s own middleware, MARCO, as well as one of our blockchain applications, Track & Trace, Repsol was able to implement an Ethereum based network in order to facilitate tracking of samples and complex assets throughout their supply chain. Implementing this technology allowed Repsol to digitalise and streamline their processes in a transparent and trusted environment, increasing productivity and reducing overall costs.

Click here if you want to see how Finboot’s has helped Repsol unlock tremendous value across their supply chain.

Hyperledger Fabric, often referred to as Fabric, is an open-source solution “built under the Linux Foundation’s model of technical governance and open collaboration” between industry leaders, such as IBM.

The aim of this collaborative effort is to advance and promote blockchain’s adoption across industries, as well as foster the development of blockchains platforms.

Fabric has been leveraged to grant companies more visibility in their processes, as well as more control over who has access to the data made available on the platform.

Unlike the previously mentioned application, Fabric was designed as a “permissioned”  platform; as such, not everyone is allowed visibility or participation in the blockchain platform. Instead, by using encryption keys, organisations can limit access to the network, as well as the amount of information they want to disclose to authorized members, concealing what is deemed “sensitive” data.

When it comes to its consensus mechanism, Fabric allows permissioned members in the network to build and personalise their smart contracts and allows consensus to be reached in a variety of ways, in a highly secure and private environment. For example, an organisation could decide that, for a particular transaction to be executed, a set of conditions need to be met and validated by specific members or “nodes” called validators. Fabric facilitates the necessary flexibility so that enterprises can decide upon the structure of the member’s permissions.

Due to the highly configurable design of the technology, Fabric can adapt its structure to adapt depending on the enterprise’s demands of the technology and resolving/mitigating potential risks associated with scalability issues.

Fabric has been successfully integrated into many supply chains to offer more visibility and facilitate tracking of assets, as well as record keeping and reconciliation of invoices. Given its characteristics and its “permissioned” nature, Fabric has been the blockchain technology of choice for Financial organisations.

One of the most notable use cases in this industry is the startup We.Trade, supported by IBM as well as 12 other major european banks such as UBS, CaixaBank and Deutsche Bank.

We.Trade objective is to develop a blockchain based platform, powered by Hyperledger,  to connect medium and small companies to banks. With this network, We.Trade aims at facilitating connectivity and communication between players, and, most importantly, grant organisations  with the same access to liquidity and other opportunities as other big players in the market, ultimately facilitating trade internationally. This project is particularly relevant in current times, due to the effects and consequences that COVID-19 has had on small and medium businesses.

R3 Corda is another permissioned network, primarily designed and developed for financial systems, legal contracts and other shared data between mutually trusting organizations. When it comes to governance, Corda envisions itself as a permissioned blockchain that gives control of governance to R3.

Corda’s main objective is to provide a secure platform with common services and allow particular networks to be built on top of it, ensuring compatibility for all permissioned members or participants.

One of the main benefits of using Corda is that it provides organisations with the ability to create smart contracts around complex transactions such as individual contracts and agreements. What differentiates Corda from other distributed ledger technologies is that it also allows those organisations to design and customise the structure of their consensus mechanisms, allowing them to adapt depending on the particularities of the use case.

For a consensus to be reached on Corda, it needs to meet two specific requirements:

This technology aims at facilitating the recording, monitoring and synchronizing of financial agreements between regulated financial institutions. Consequently, and due to the highly sensitive nature of the information introduced in the platform, Corda supports the implementation of access restrictions. With the use of authentication nodes, the network is able to verify identities and validate contracts’ signatures, and information is made available only to nodes or permissioned participants of the transaction. The result is a highly secure environment where information and transactions can be exchanged without risk of being tampered with or hacked.

Corda ensures integration with a variety of existing operating programs, and its customisable nature has enabled its broader use in multiple industries, such as insurance and healthcare for record-keeping, as well as in supply chains to help with digital assets’ traceability. However, Corda being essentially developed for the financial institutions, the Finance sector can be considered as the strongest use case of the technology.  With this distributed ledger, the finance sector can create a safe and trusting environment where customer and other sensitive data can be managed and shared. Additionally, with no middle-man required or customs barriers to go through, this framework could streamline its operations and transactions, and increase processing time while still reducing operational costs.

One good example out of many is X-Defraud, which aims to mitigate and prevent risks of fraud  in Trade Finance. X-Defraud helps organisations create a digital record of all trade transactions, by providing a blockchain powered platform, based on Corda. Moreover, their system x-rays every invoice, certifications and other related documents on the platform, to ensure their reliability.

Cardano was created, similar to Ethereum, as an open-source, decentralised and permissionless blockchain platform. Developed by one of the original creators of Ethereum, it is based on scientific as well as peer-reviewed research and referred to as the “3rd generation blockchain”.

One of Cardano’s specificities is its coding protocol and emphasis on delivering the highest codebase quality. To do so, Cardano’s developers decided that, instead of working on an already existing blockchain code, they needed to start from the ground up. Based on an advanced programming language called “Haskell”, they then designed their own protocol and created their own code.

According to their website, their “protocol implementations and platform integrations are first researched, challenged, mathematically modelled and tested before they are specified”, ensuring that “the project remains adaptable and responsive to emerging requirements and new innovations” and “to support global applications, systems, and solutions.”

Cardano is at its essence a public blockchain application that essentially revolves around the deployment of smart contracts in a secure and reliable environment. Just like Ethereum, it can also be designed and implemented as a permissioned network. However, what differentiates this technology is its focus on three specific characteristics: Scalability, Interoperability and Sustainability.

It is important to state that while Cardano  is continuously being developed, current efforts have focused on facilitating the sharing of metadata to their transactions, which could be a particularly attractive feature for banks and governments.

Discover how Finboot enables organisations to work with a variety of applications by clicking here.